Industry news, happenings and other information.

Acupuncture is best way to treat back pain, study finds 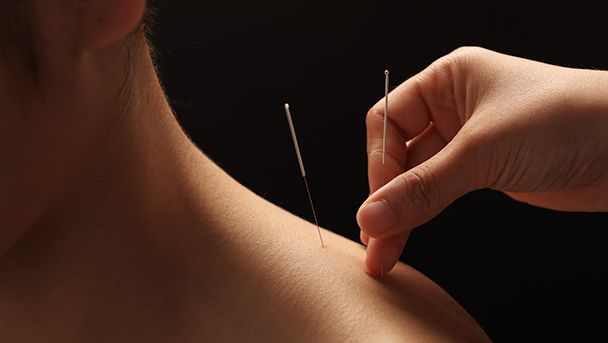 The ancient Chinese practice of acupuncture works better than anything modern medicine has devised for the treatment of back pain, scientists have concluded.

In trials among 1,100 patients with chronic lower back pain which had lasted for an average of eight years, almost half (47 percent) of those who received acupuncture showed significant improvement – compared with barely a quarter (27 percent) of those given conventional treatment. The effects lasted for at least six months, long after the treatment was completed.
The study was conducted by researchers from the University of Regensberg, in the spa town of Bad Abbach in Germany, who randomly allocated patients to receive ten 30-minute sessions of sham acupuncture, real acupuncture or conventional treatment.

Sham acupuncture involved sticking needles in randomly over the lower back, avoiding the meridians and points that dictate where the needles are placed in traditional acupuncture.
The results showed that 44 per cent of volunteers suffering from back pain showed a significant improvement with sham acupuncture.

Michael Haake, who led the study, published in Archives of Internal Medicine, said: "The superiority of both forms of acupuncture suggests a common underlying mechanism that may act on pain generation or transmission of pain signals ... and is stronger than the action mechanism of conventional therapy."

The findings add to evidence accumulated over the past 10 years suggesting that the 4,000-year-old practice of acupuncture is an effective treatment for back pain, which affects up to 70-85 percent of the population at some point.Â It will be seen as a victory for exponents of alternative medicine in their battle with orthodox medicine, although many physiotherapists trained in conventional techniques now also practise acupuncture.Â 'The pain is so severe you will try anything' - Catherine Wilkinson, law student.Â When Catherine Wilkinson's knees started giving her trouble, her physiotherapist suggested she try acupuncture. As a student at University College London, where she is studying law, she had played a lot of sport. At one stage she could not walk more than 100 yards without pain.

"The effect was incredible. It just took the pain away." That was three years ago. When she developed pain in her back, she did not need persuading that acupuncture might offer an answer. She suffers from a genetic condition called hypermobility syndrome which means the connective tissue in her joints is loose, causing pain in her joints and back.Â Having pins stuck in your back is not something that would occur to you as a treatment, but you can have pain so severe you will try anything," she says. "Back pain really gets you down."Â For a period in 2005, the pain was so bad she spent three months in bed, getting up only to go for her acupuncture sessions. Today she goes twice a week to an acupuncturist who is a member of the British Acupuncture Council, paying £45 for a 50-minute session. "Acupuncture helps in so many ways – to relax, to sleep , to eat better and to feel better," she said.

Please fill out the highlighted fields and try again.